On Saturday, David and I were off to Bridget's parents home to photograph Bridget's getting ready shots.  It was a great opportunity to get to know her sister, who was also her maid of honour, her brother-in-law and her parents.  All her family was very warm and welcoming.  Bridget was just having her makeup finished by Siobhan's makeup when we arrived and her hair had already been finished by Jigsaw Hair.  She looked stunning.  And when we saw her dress from Pure Bridal- WOW!  So beautiful.  We asked for her sister, Mary to bring the bouquets up from their basement, and immediately the air smelled amazing.  The flowers done by Best Buds were so pretty.  Once we finished with the getting ready shots, we headed to St. Patrick's Anglican Church.  Bridget and Mary's mom. Kathleen (Rev. Kathleen Bowman) was the retired priest of this church, but she was performing the ceremony today.  Isn't that a beautiful thought - to be able to be married by your own mom?  We arrived at the church the same time as Stuart and his brother and best man, Mike did. The two guys along with their dad and Bridget's dad wore tuxes for Moores.  The church was full of family and friends of Bridget and Stuart.  Some of Stuart's family from England flew in just for a couple days for the wedding!  A family friend of Bridget's, Marie St. Jean of Blossoms to Frost did an amazing job decorating both the church and the hall and making the flowers for the church and table centrepieces at the hall.

Even though it was a really chilly winter day, Bridget, Stuart, Mary and Mike were such troopers wanting to get some outside shots.  We headed to Jackie Parker park and did a few photos and then saw some LARPer coming out of the skating building.  I think it was Mary or Mike who mentioned that it would be cool to get a shot of some of the players with Bridget and Stuart, so I called one over.  Then, we decided we would see if there were more of them in the building.  Only, the building was locked, but as luck would have it, some other players let us in.  And, the best part - the big stone fireplace that was lit and warming the building.  It also happened to look similar to the fireplace in Stuart's family lake cabin where we did their engagement photos!  So, we got some really great photos of the bridal party there while they got to warm up a bit.  It also gave us the opportunity to show off Bridget's silver, sparkle UGG boots.  We finished up by getting a few more photos outside before heading the The Mirage Banquet Hall for the reception.

The hall looked beautiful!  The seating chart was done on an old Monopoly board and the tables were properties from the game.  Such a cool idea!  They also had a life size homemade checkers board and bean bag toss for guests to play!  They even had a roving magician entertain the guests during cocktail hour.  Their friend, Matt did a great job as master of ceremonies!  The buffet meal was delicious!  The cake and cupcakes were done by a good friend of Bridget's who owns Reinette Cafe and Patisserie.  Divinity DJs had the dance floor full most of the night!

Thank you so much, Bridget and Stuart for allowing us the honour of photographing your special moments both on your wedding day and for your engagement!  We wish you a lifetime of happiness together! 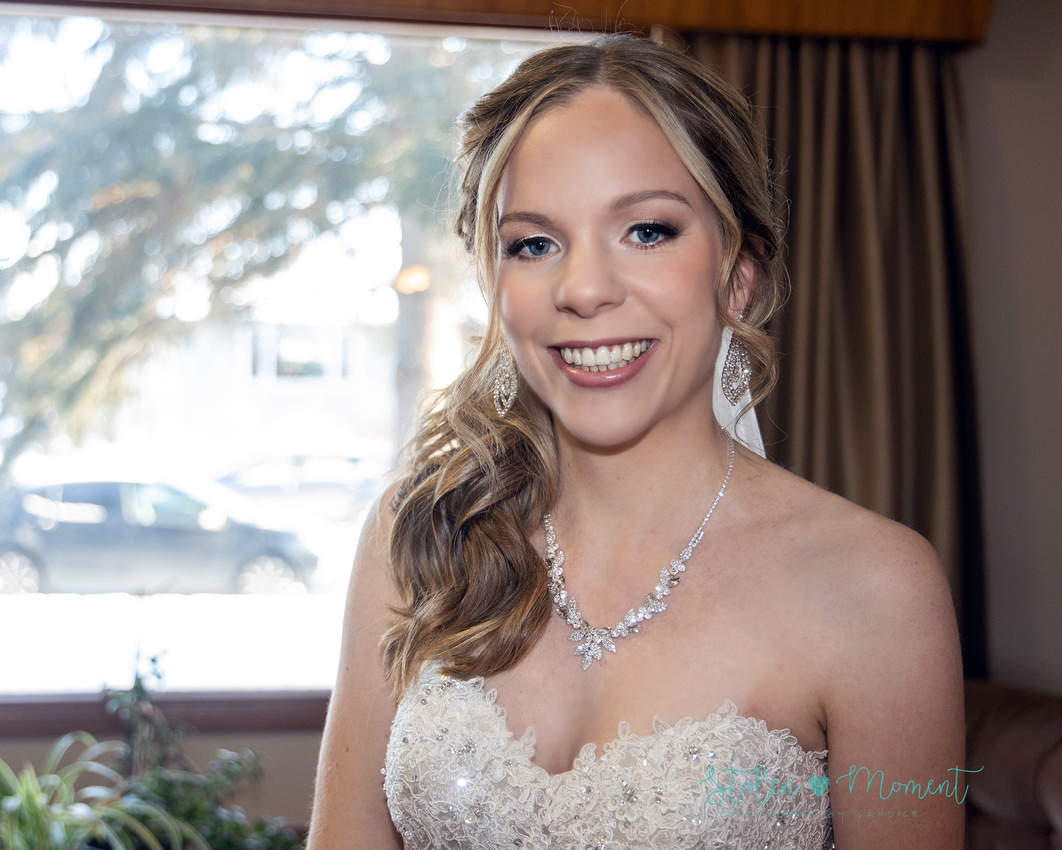 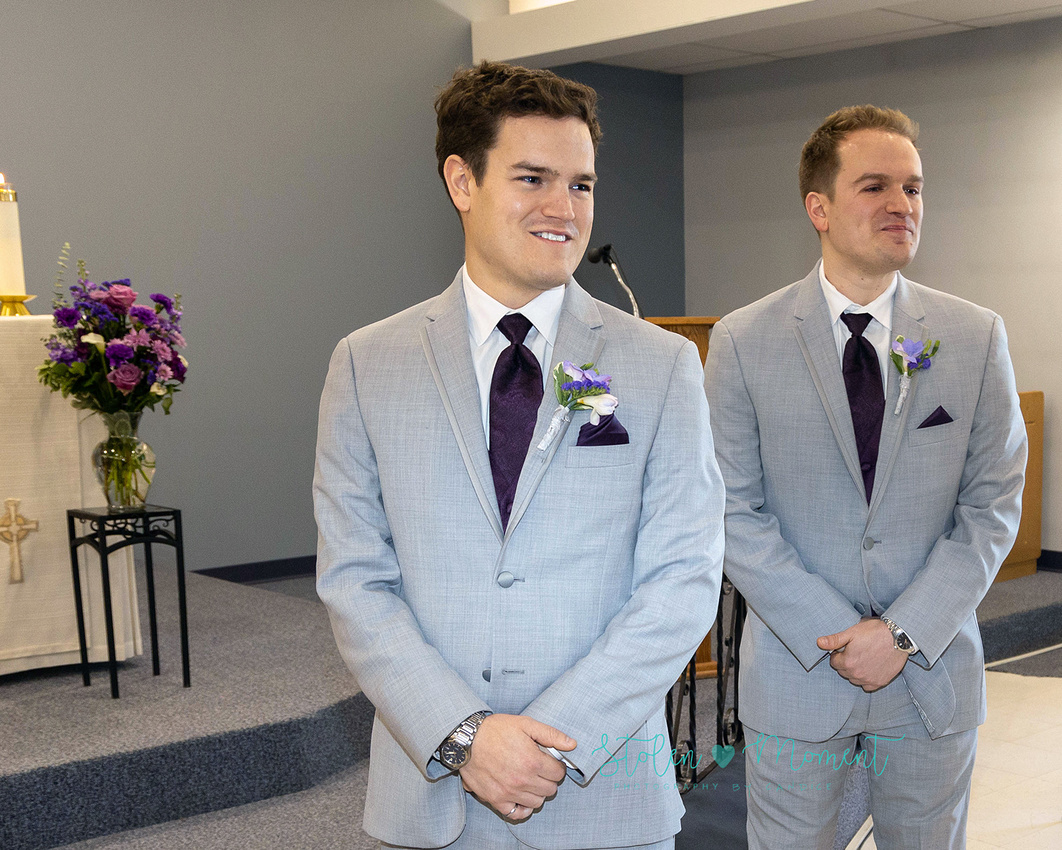 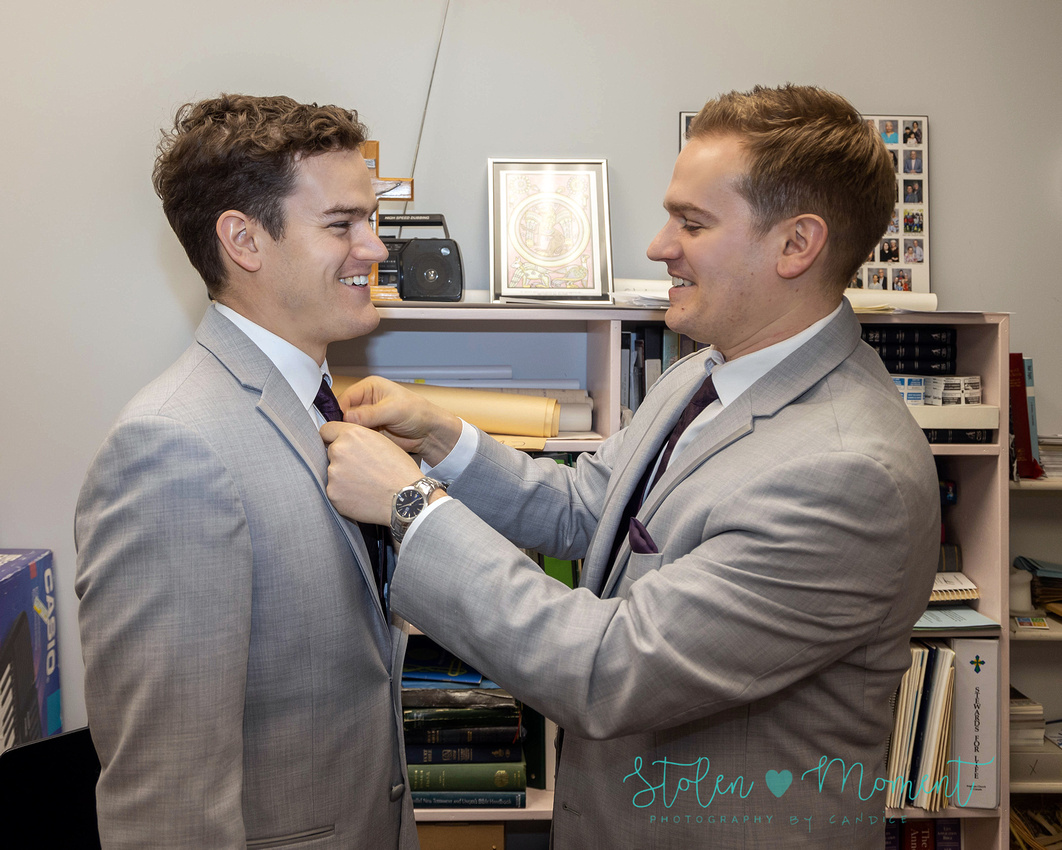 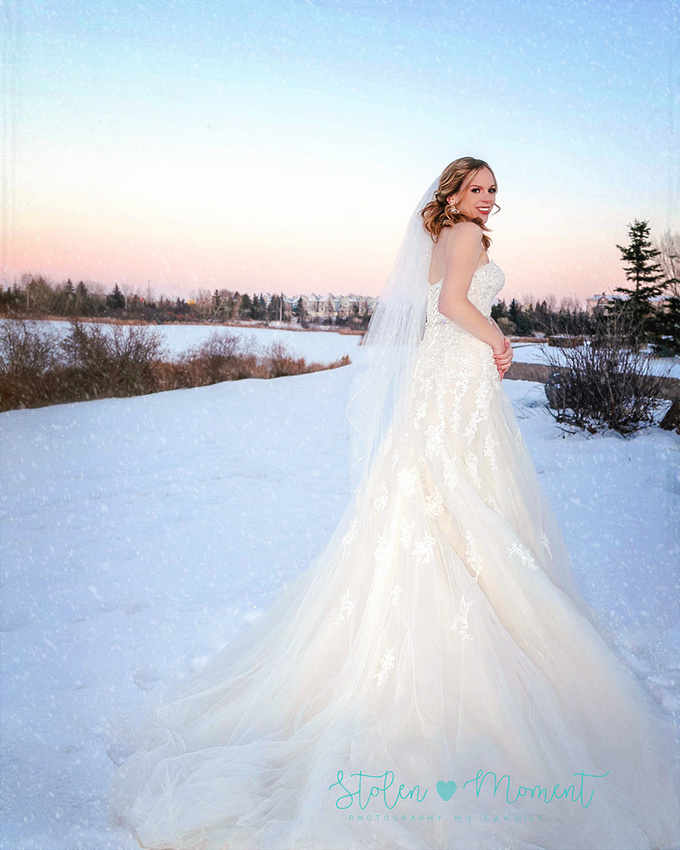 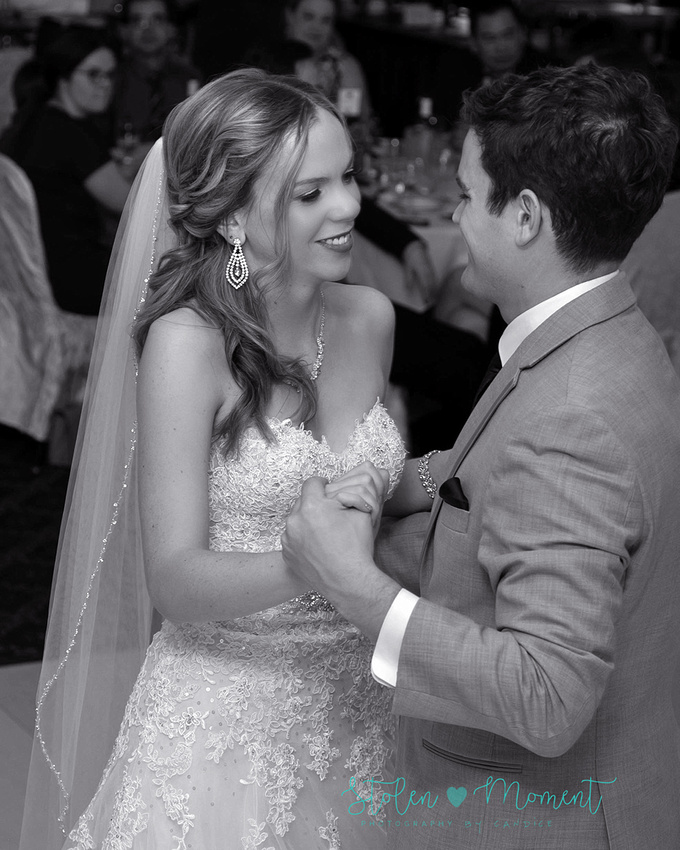 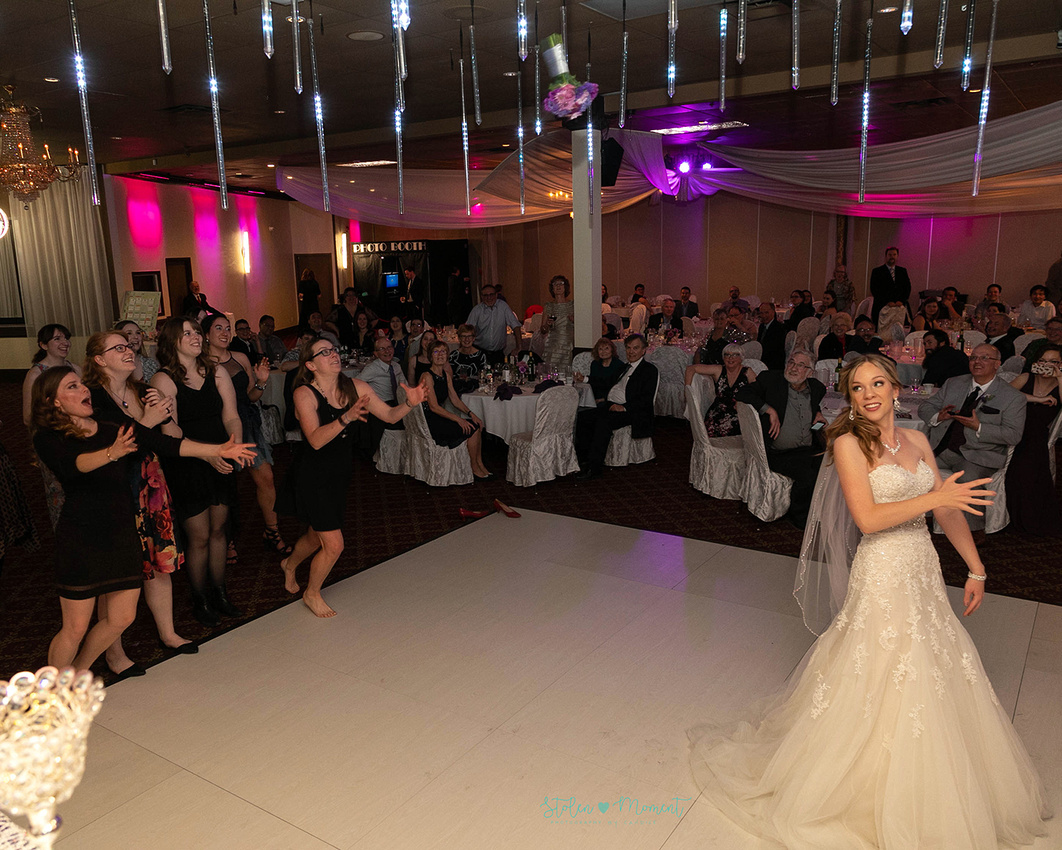