Spring Wedding with Heather and Bobby

On Saturday, David and I were off to photograph the wedding of Heather and Bobby.  We went to the Sandman Inn for Heather's getting ready shots.  The room was a bustle of activity with Jessie Byran, the makeup artist and friend of the bride, putting finishing touches on the bridesmaids.  Heather's dress was absolutely stunning and when she put it on - WOW!  She was a stunning bride!  The bridesmaid dresses were this amazing shade of blue/green.  I don't think I have ever seen dresses in that color before, and the dresses looked amazing on all the girls.

We then were off to Holy Trinity Anglican Church, which is this absolutely stunning brick church with beautiful stained glass windows that we have had the privilege of photographing in a few times now.  We met up with Bobby and his groomsmen there and soon found out that we were in for a fun day - the groomsmen were quite the characters.  The ceremony was officiated by Heather Liddell.  The ring bearer and flower girls did a fantastic job of walking up the aisle and the ring bearer was so adorable standing up there with the groomsmen throughout the service.

We were not 100% sure where we were going to go for the formals, but once Heather described a location that Bobby loved, it became certain that we were going to go the Legislative grounds.  This wedding party was up for anything!  Some of the first shots we got were with the wedding party in the fountain - this after one of the groomsmen went in with his shoes on!  We mentioned that there was a climbing tree and the guys were definitely up for that as well.  We even ran into another wedding party who had the same colour bridesmaid dresses and it was decided that we needed to get a photo of both brides and all their bridesmaids.  It was awesome!

After a fun time at the formals, we headed back to the Sandman Inn for the reception.  Heather and Bobby had a separate room with two babysitters they had hired for all the kids during the supper and speeches, which was fantastic for all the parents.  The kids came back to enjoy the dance.  The cake top and cupcakes were made by a friend of the bride and groom, Bonny Heins and they were delicious.  The DJ was also a friend of the bride and groom from Fort McMurray - Jamie Carter.

I don't think we could have asked for a more photographic bride, groom and wedding party and on top of that, they were all so much fun to work with.  Thank

you so much, Heather and Bobby for allowing us to capture your wedding day! 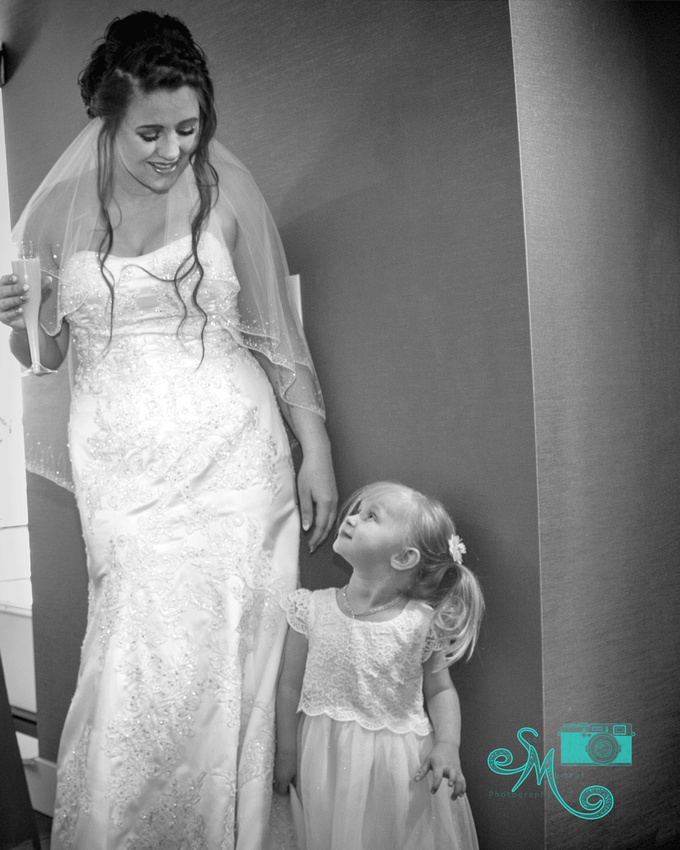 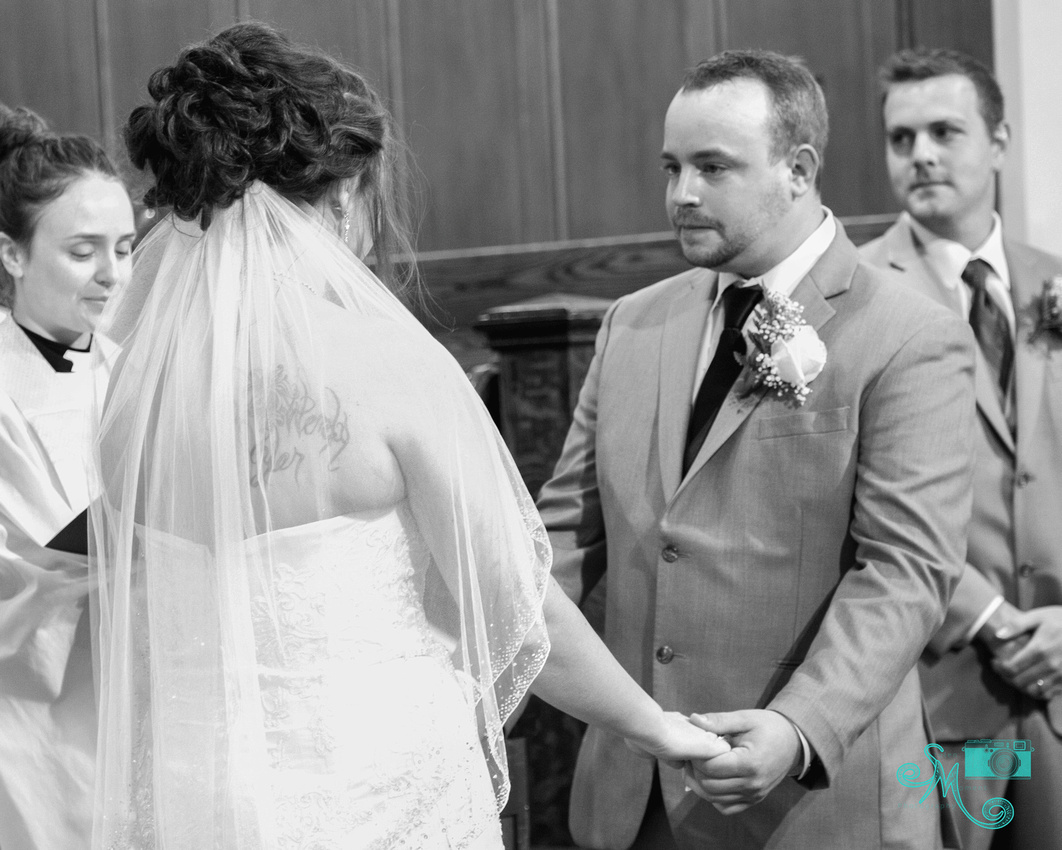 Wedding photographers, Edmontonlove the look on the groom's face 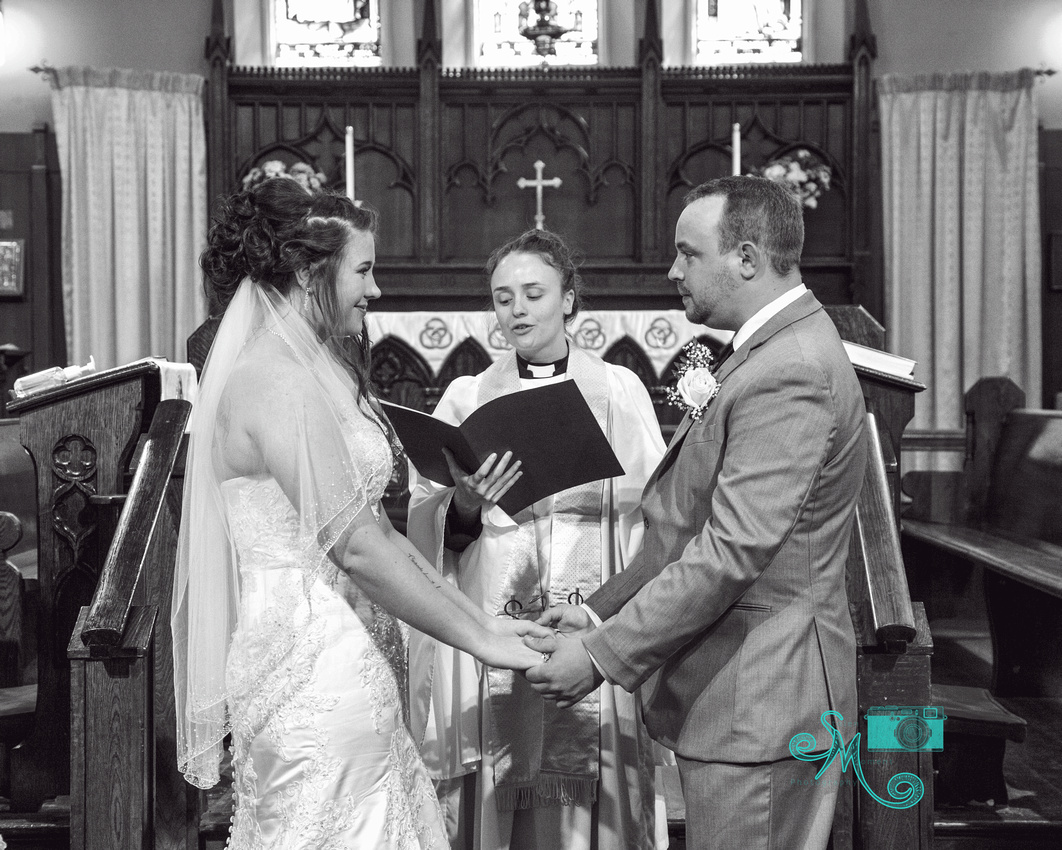 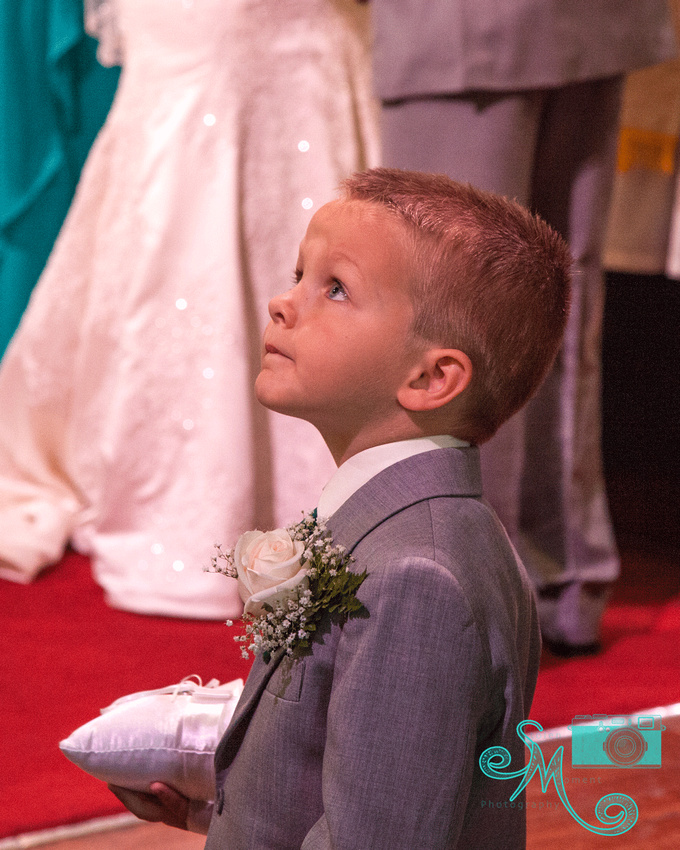 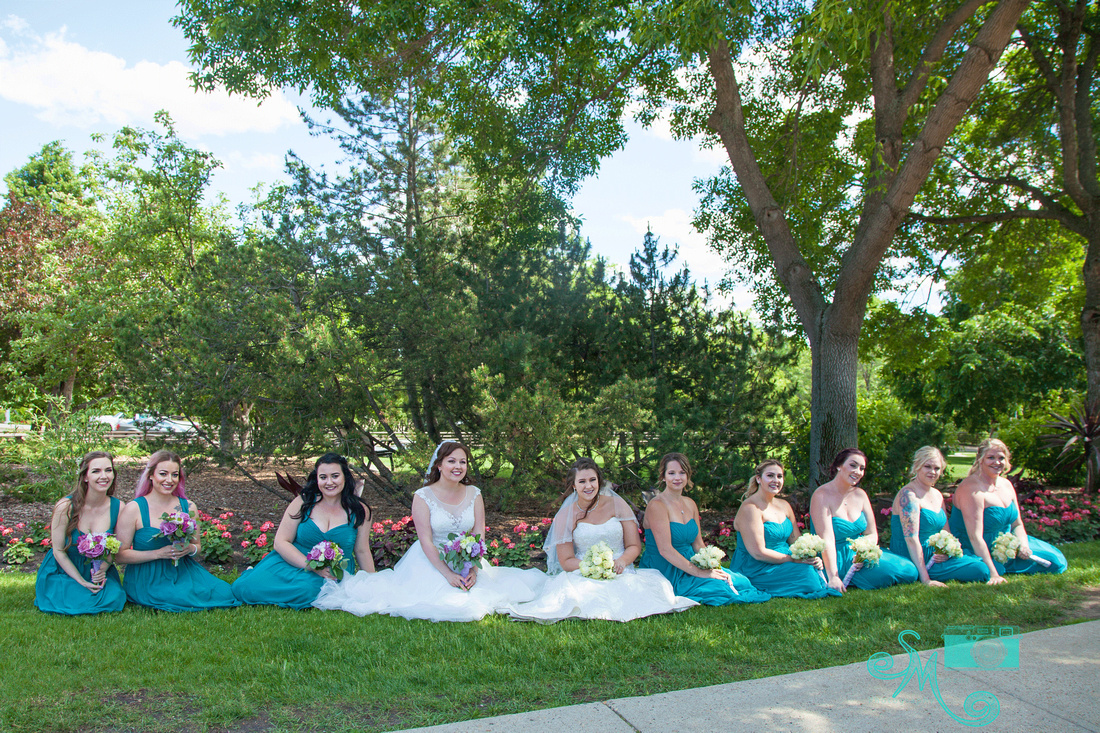 Wedding photography at the Alberta Legislature Groundstwo brides, and all their bridesmaids 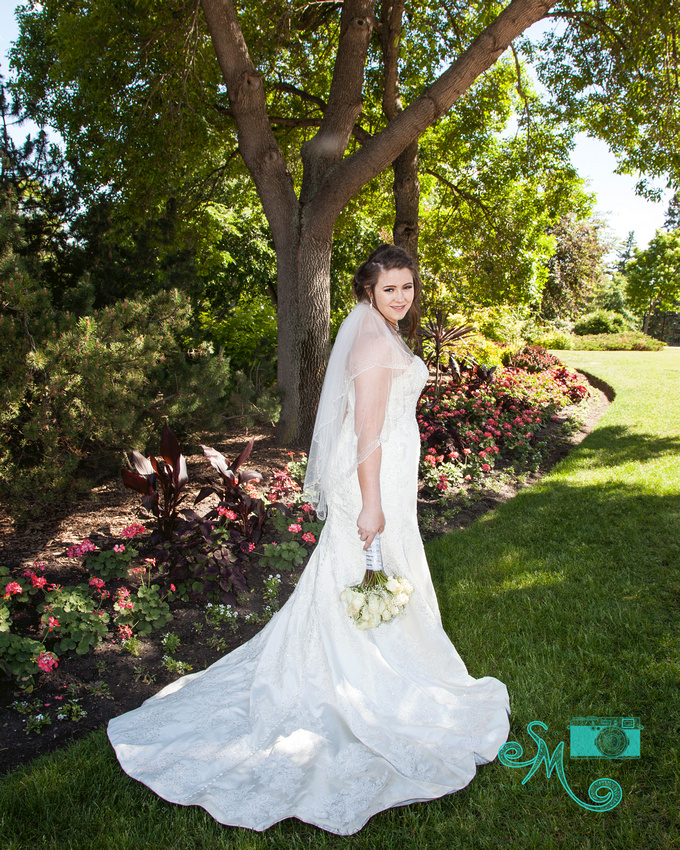 Wedding photography at the Alberta Legislative groundssuch a stunning bride 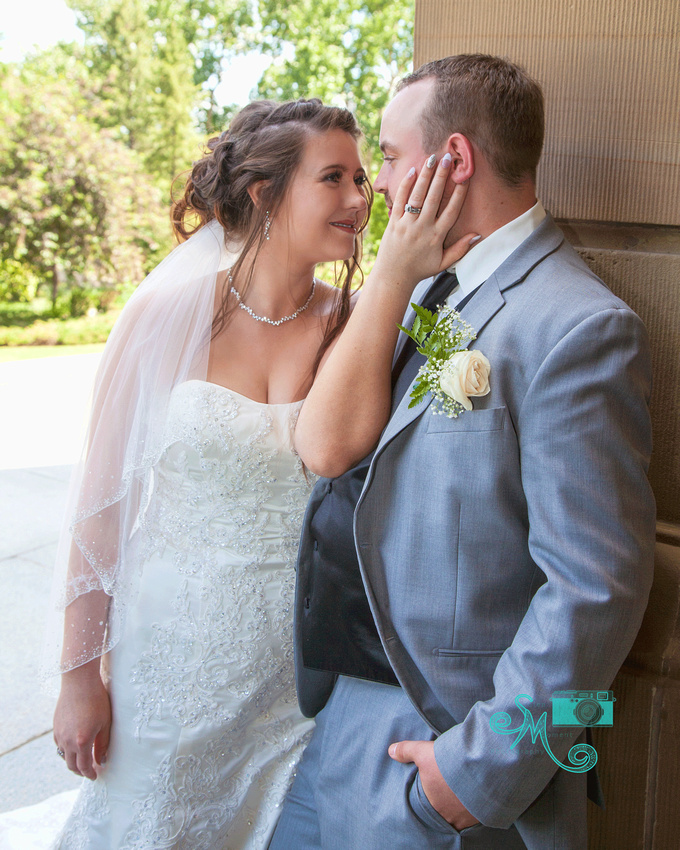 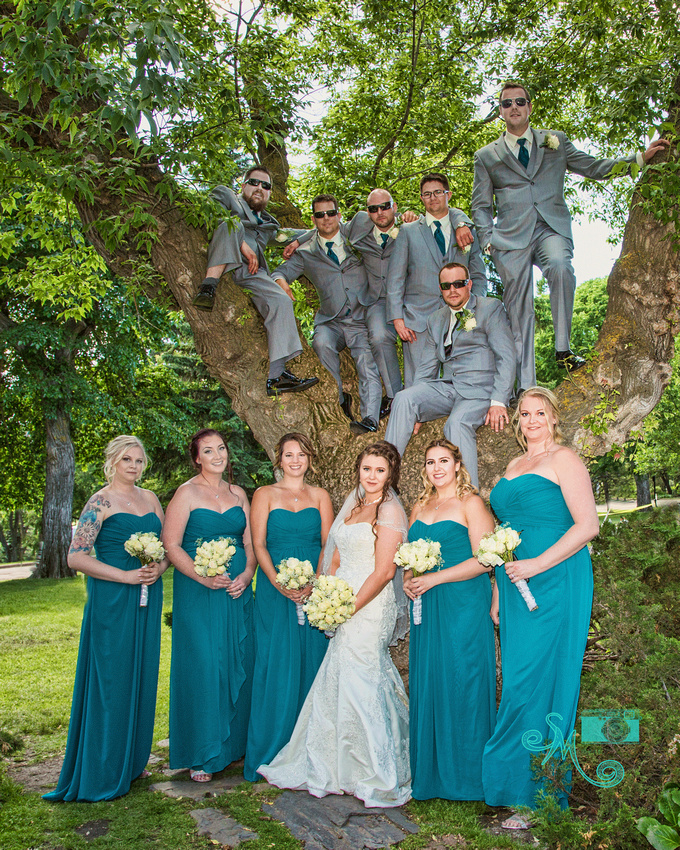 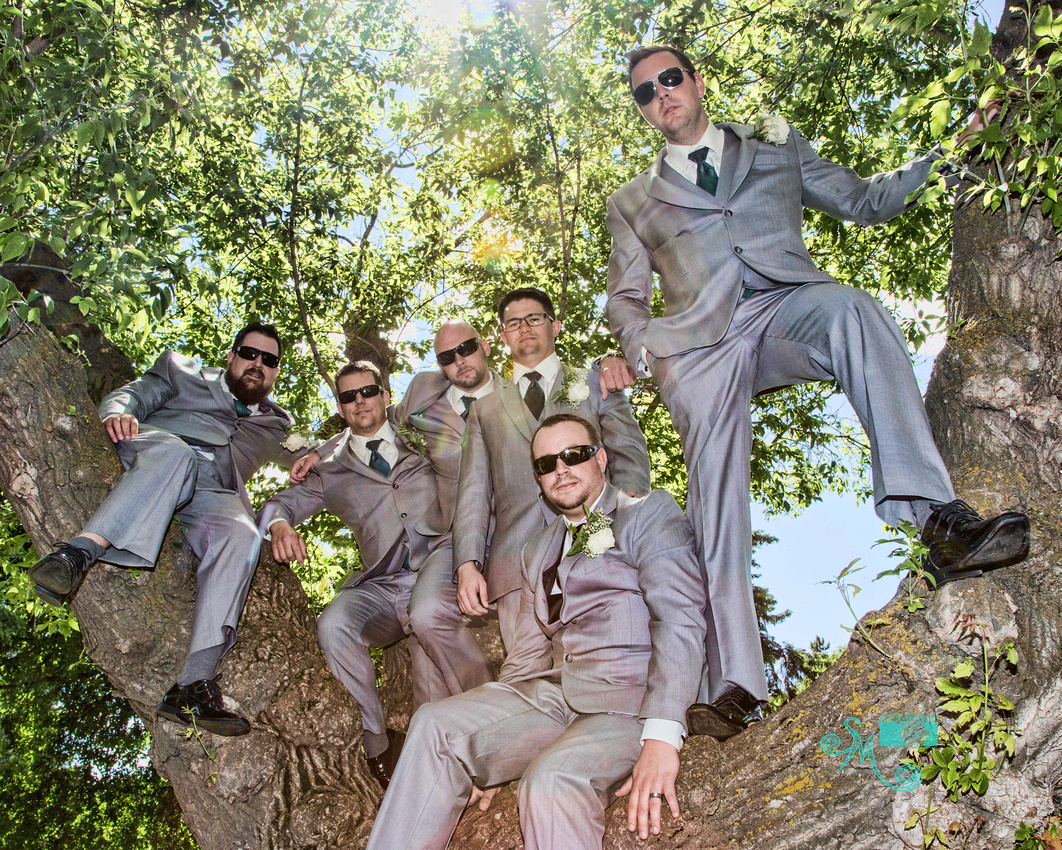 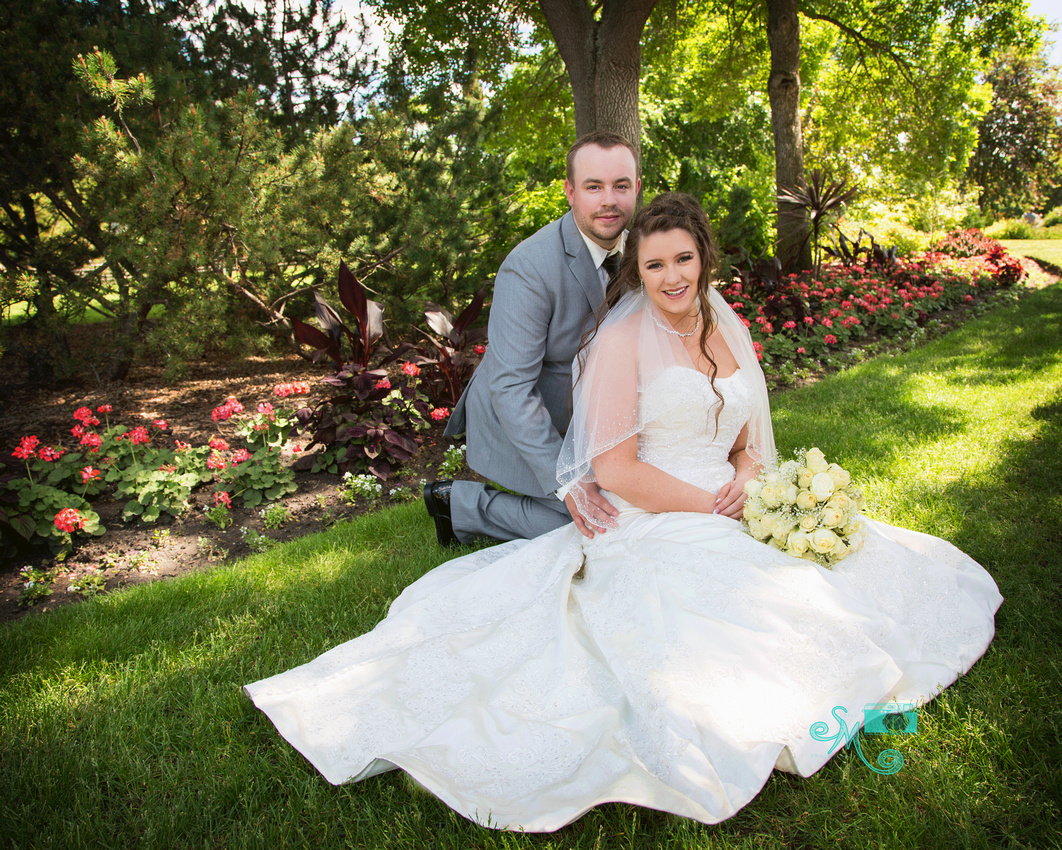 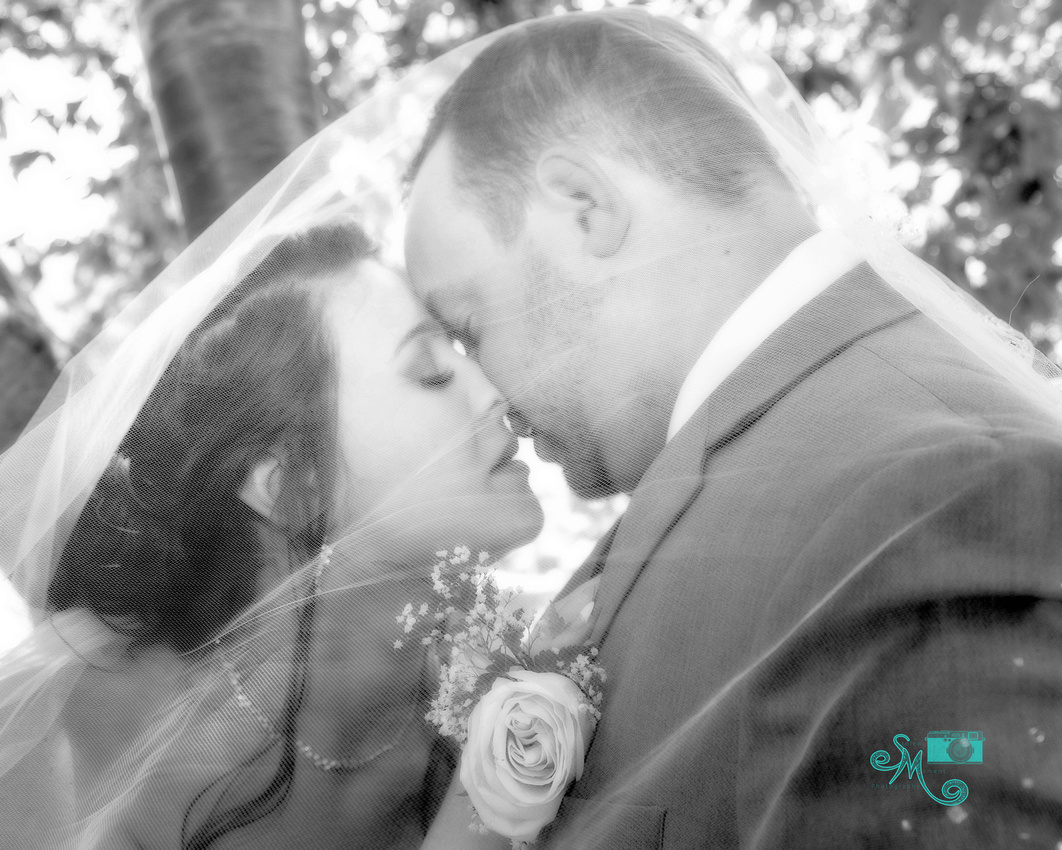 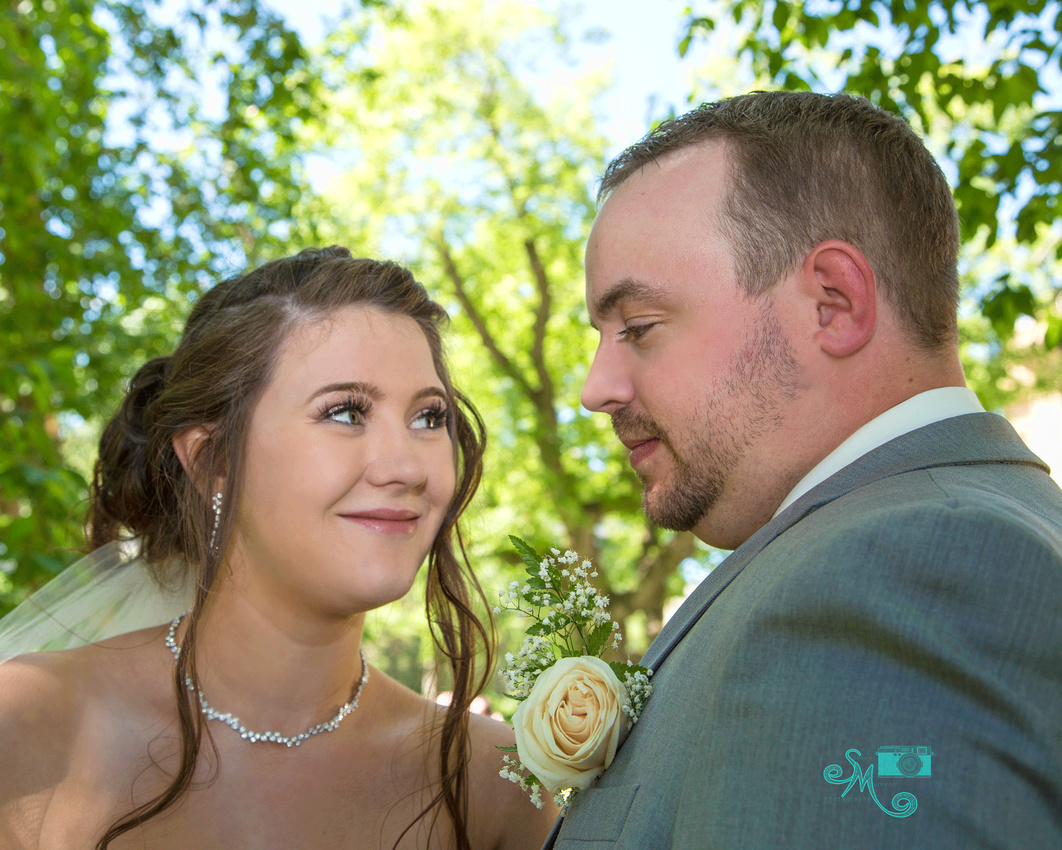 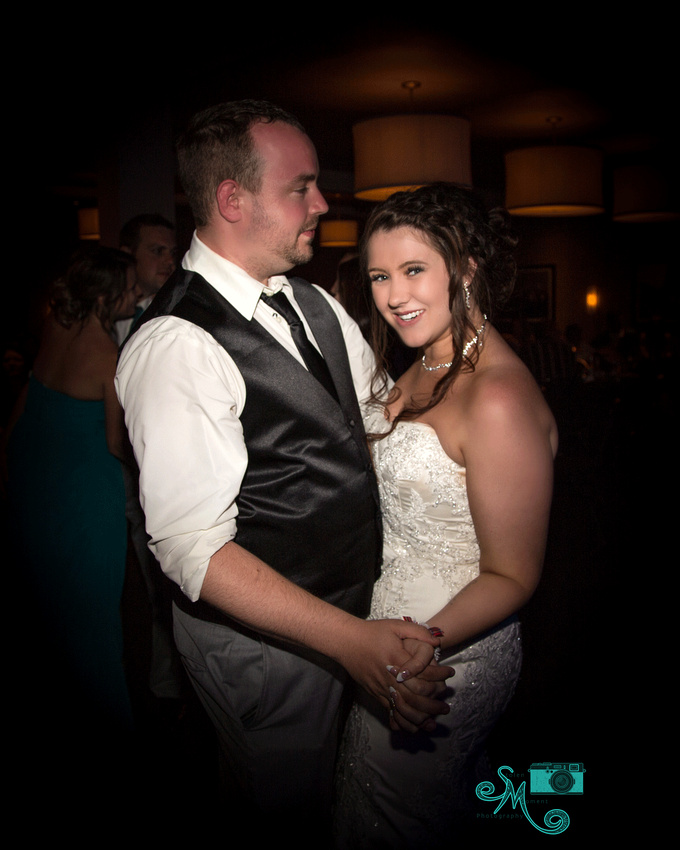