Fall Family Session in Strathcona County with Elana, Ash and Their Beautiful Family

On Friday evening, David and I headed out to Strathcona County to Elana and Ash's home in the country to photograph their family of two boys and a girl.  The last time we photographed their family was back in March when we photographed baby, Harper as a newborn.  Harper is one lucky girl as she has two doting brothers, Maxim and Hudson.  We were greeted at their door by the beautiful dog, Hunter who was so excited to have us - this dog can jump high!  We could see him jumping in front of the entry window as we came up the walk and he was just hilarious!  And yes, we did make sure to include him in a photo.  Elana and Ash have a beautiful property and even though it was a chilly evening, we got some great shots for them.  The trees out there were still absolutely stunning although Elana said they had lost a lot this past week.

Harper has grown so much and was dressed so beautifully in an adorable little dress and shrug.  Maxim and Hudson were more than willing to hold her and pose with her.  She was a serious customer but once her brothers started making faces, she was smiling away!  Maxim and Hudson were great posing for us and the cold didn't seem to bother them at all.

After the session, David kept his promise to play one game of air hockey with the boys. And I kept my promise of watching (and photographing) them on their trampoline.

Thank you, Elana and Ash for inviting us back to your home to photograph your fall family photos! 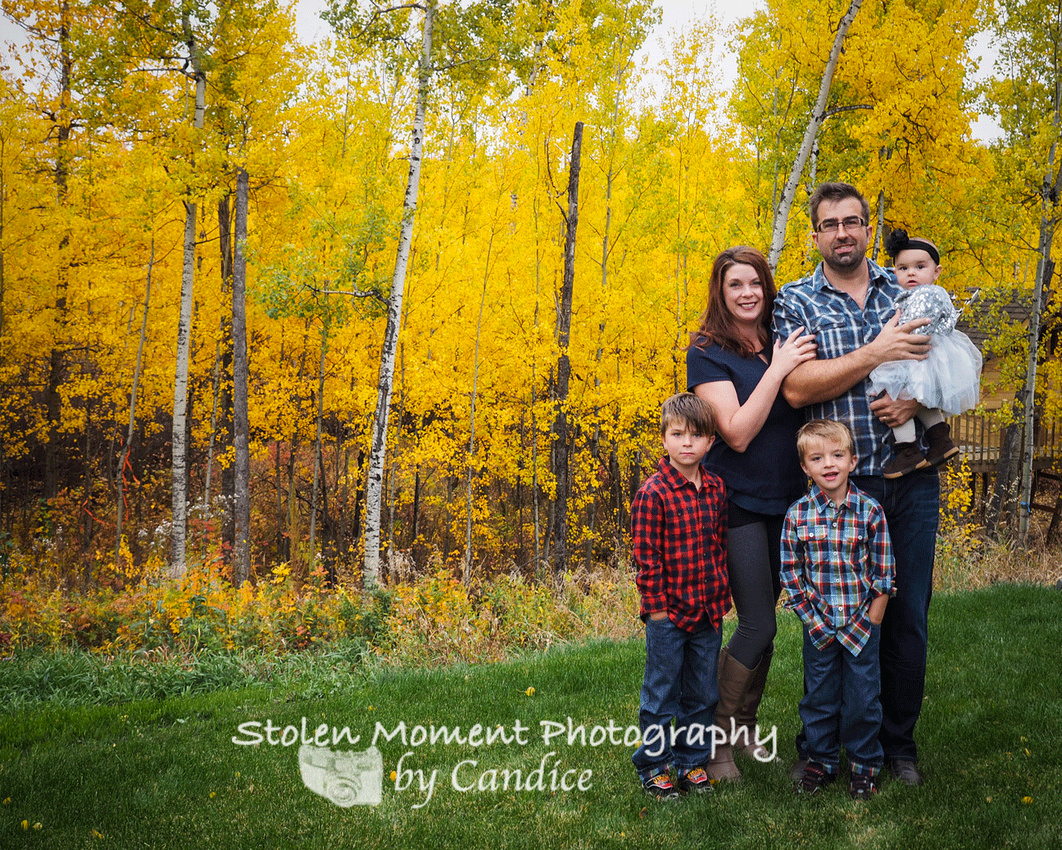 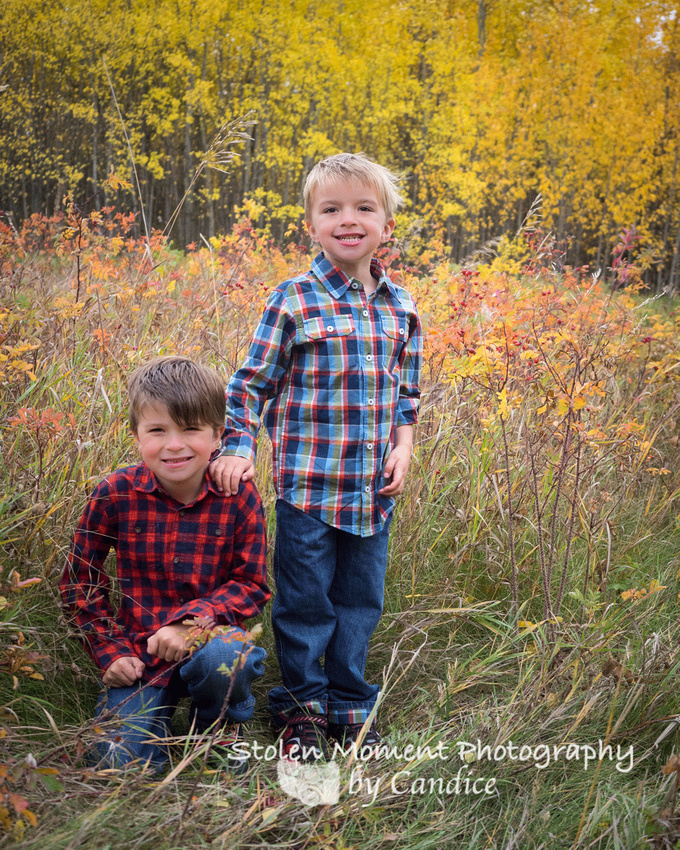 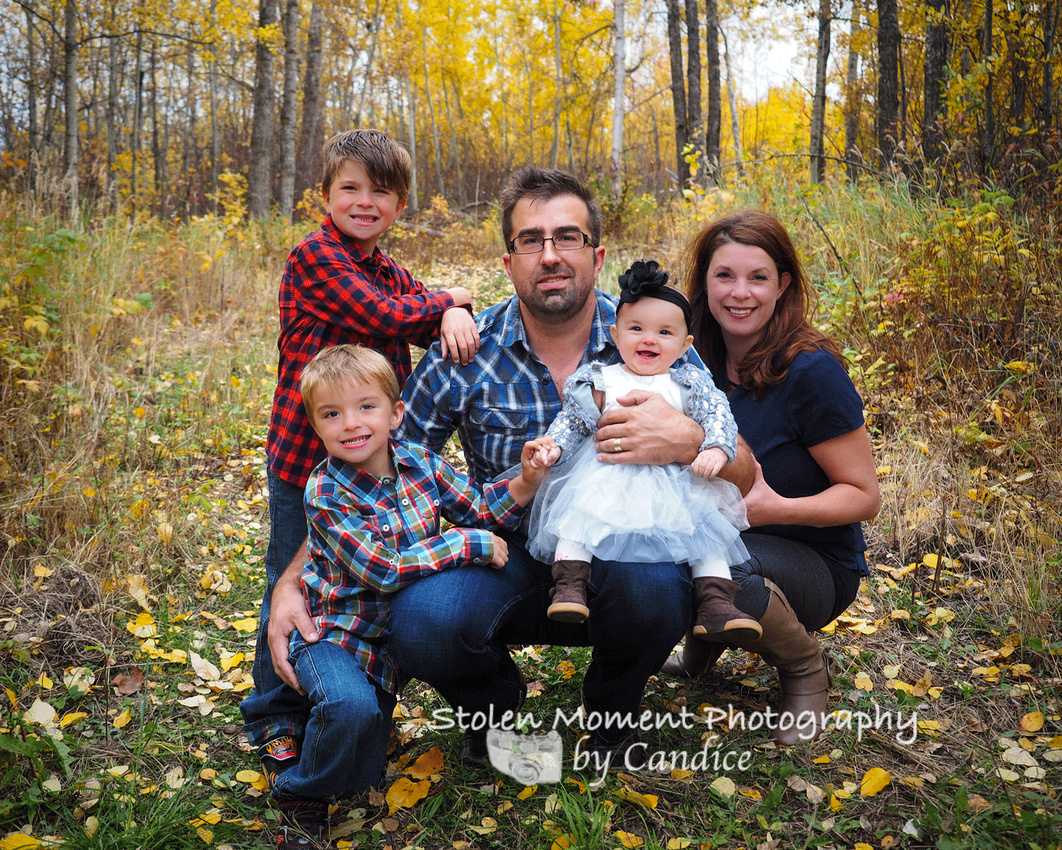 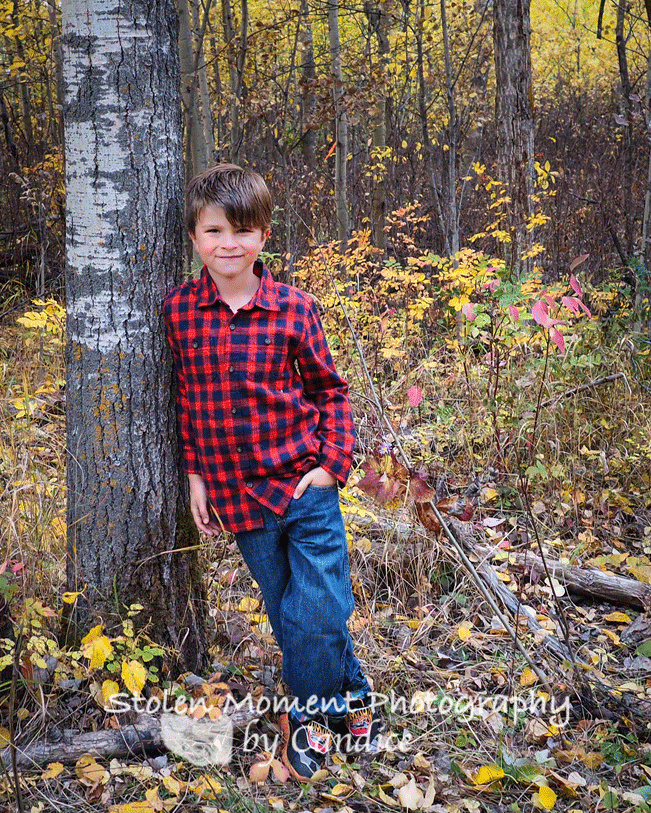 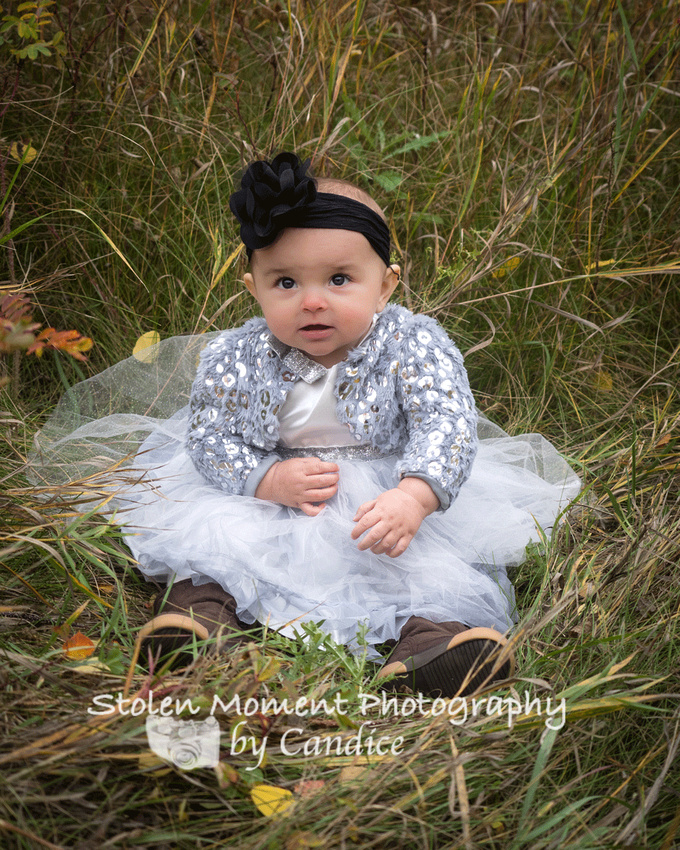